Portland’s City Council unanimously voted to adopt the Portland Plan yesterday afternoon. The vote follows last week’s public hearing on the plan, at which dozens of partners and community members expressed commitment to this long-range plan to ensure Portland is prosperous, educated, healthy and equitable from now until 2035.

The Portland Plan presents a roadmap to help our city thrive into the future. The result of more than two years of research, dozens of workshops and fairs, hundreds of meetings with community groups, and 20,000 comments from residents, businesses and nonprofits, the plan’s three integrated strategies and framework for advancing equity were designed to help achieve the plan’s goals.

Developed in response to some of Portland’s most pressing challenges, including income disparities, high unemployment, a low high school graduation rate and environmental concerns, the Portland Plan is practical, measured and strategic.

A plan for people, with equity at its core:
Portland is becoming a more racially, ethnically and age-diverse city, and nearly 40 percent of Portland’s youth are people of color. But not all Portlanders have equitable access to opportunities to achieve their full potential. Greater equity in the city as a whole is essential to our long-term success.

The Portland Plan strategies focus on Thriving Educated Youth, Economic Prosperity and Affordability, and a Healthy Connected City. Each strategy contains policies and five-year actions that will help us reach our goals, with special emphasis placed on those disparities related to race and ability.

“We need plans based less on politics and more on the facts,” said Mayor Sam Adams. “Portland is known for being a well-planned city, but the things we love about our city are not available to all. In a resource-constrained world, the Portland Plan recognizes that single actions must produce multiple benefits. This plan provides a framework for public agencies to maximize fiscal leverage and impact by aligning priorities and the budgets that support them.”

Collectively, the public agencies that operate within the City of Portland spend more than $8 billion annually. The Portland Plan challenges the City and its more than 20 agency partners (including Multnomah County, school districts, Metro, TriMet and others) to break down traditional bureaucratic silos and be innovative with new budget approaches.

The following are some examples from the five-year action plan:
Ensure Portland youth achieve educational success and self-sufficiency through the Cradle to Career initiative, and track youth outcomes from early childhood to early adulthood.

Create a neighborhood greenways network by completing 75 miles of new facilities, connecting every quadrant of the city to the Willamette River, creating bike connections to and from neighborhood hubs in southwest and East Portland, and developing a North Portland Neighborhood Greenway from Pier Park to Interstate Avenue.
Evaluate equity impacts through building regular assessment into the City’s budget, program and project list development for public services and community development programs, focusing on disparities that communities of color and other marginalized populations face.

Support and expand community-based crime prevention efforts and work to improve communication and understanding between police and the community.

The Bureau of Planning and Sustainability (BPS) led the development of the plan with extensive input from nine Technical Advisory Groups, public and nonprofit agencies, the business community and thousands of Portland residents. With a broader focus on economic, social and environmental sustainability, BPS provides the resources for problem-solving in a more integrated fashion with a broader set of tools beyond the comprehensive plan and zoning code.

“City staff researched plans from around the world — from Sydney, Australia to Copenhagen, Denmark and Denver, Colo. to New York City — to determine best practices and gather inspiration for the Portland Plan,” stated BPS Director Susan Anderson. “There’s no other city that is planning for change in quite the same way, with so many partners in alignment and ready to collaborate to reach our common goals.”

Portland, OR. — Now that the Portland Plan – Proposed Draft is available for public review, the Planning and Sustainability Commission (PSC) will be holding public hearings in November to receive public testimony. Comments from the public will help the commissioners prepare their recommendation to City Council in early 2012.

The Portland Plan sets a 25-year direction for Portland’s future and includes a five-year action plan to address equity, job growth, education and a healthy environment. The commission wants to hear public comments on the equity framework, the integrated strategies and the citywide measures of success in the draft Portland Plan.

To accommodate community members and reach a broader audience, two of the three hearings will be held offsite — one in North Portland at Jefferson High School and the other in East Portland at Parkrose High School. The third hearing will be held at the PSC’s usual meeting place in downtown Portland.

To submit written comments by mail: Send a letter with your comments to the Planning and Sustainability Commission, 1900 SW 4th Ave., Portland, OR 97201-5380, Attn: Portland Plan testimony. For more information or if you have questions, please call 503-823-1303.

Comments on the Portland Plan – Proposed Draft will be taken until Nov. 30, 2011. After that, the PSC will present their recommendation to City Council in early 2012.

Tips for Commenting
When submitting testimony to the PSC (whether in person or in writing), please share the following:
What part of the plan are you testifying about?
What are the reasons you like something or would like to change something? Facts that support your reasons are always a good idea.
How does the proposal affect you or your organization?
Because of the anticipated volume of testifiers, comments will be limited to 3 minutes per person.

About the Portland Plan
The Portland Plan is a long-range plan designed to make Portland prosperous, healthy and equitable between now and 2035. For more information, go to www.pdxplan.com

Come to a Public Forum on the Columbia River Crossing
By George Bruender & David Sweet, Co-chairs, NECN Land Use & Transportation

What do you know about the Columbia River Crossing? Does the I-5 Bridge need to be replaced? Will a new 10-lane bridge solve congestion problems on I-5? Will it cost $3-4 billion, or is it more like $10 Billion? What will the impact be on Northeast Portland neighborhoods? Questions abound; answers are scarce; and the Columbia River Crossing (CRC) project keeps grinding along with virtually no public support.

The Northeast Coalition of Neighborhoods and some individual neighborhoods have publicly stated their opposition asking:

Are they listening? We plan to find out. Please join us for a Public Forum on the Columbia River Crossing on Monday March 7. We’ve invited many state, regional, and local officials to come and hear what Northeast residents have to say about the CRC, and then to give us their thoughts.

Come learn more about the CRC, share your thoughts with elected officials, and learn where they stand on the most expensive public project ever proposed in this region. This event is co-sponsored by the Concordia Neighborhood Association and the Northeast Coalition of Neighborhoods.

What: A Public Forum on the Columbia River Crossing
When: Monday, March 7, 7:00 to 9:00 pm
Where: Concordia University’s Luther Hall—Room 121 (an ivy-covered building on NE Holman between 27th and 29th.)

Dr. Julian Agyeman, who is a Professor and Chair of the Urban and Environmental Policy and Planning Department at Tufts University, will discuss environmental justice issues in a talk titled “Just Sustainabilities: Re-imagining (e)quality and living within environmental limits.” The evening will begin with an introduction from Mayor Adams, followed by the keynote address, a discussion with local panelists and questions from the audience.

The program will take place at the Hollywood Theatre located at 4122 NE Sandy Blvd. Admission is free, and childcare will be provided (call 503-823-2041 for reservations). Doors open at 6:30 p.m.; the program will begin at 7:00 p.m. The event will be broadcast on Channel 30 and streamed live on the Portland Plan website.

After Dr. Agyeman’s address there will be a roundtable discussion with a local panel including: Marcus Mundy, president and CEO of the Urban League of Portland; Jonathan Ostar, co-director of Environmental Justice Oregon; and Ronault “Polo” Catalani with the Portland Office of Human Relations.

Dr. Agyeman’s appearance in Portland is part of The Portland Plan – Inspiring Communities Series. The series offers Portlanders a chance to learn how other cities are tackling the issues of economic development, community health, education and equity as well as how to create complete communities and make the most of our natural resources.

The Portland Plan will be a 25-year strategic plan for the City, and the direction it sets will touch every neighborhood, district and resident of Portland as it grows. The plan will help to define priorities, guide investment of public dollars and set the course for Portland for the next quarter of a century. For more information please go to: www.pdxplan.com 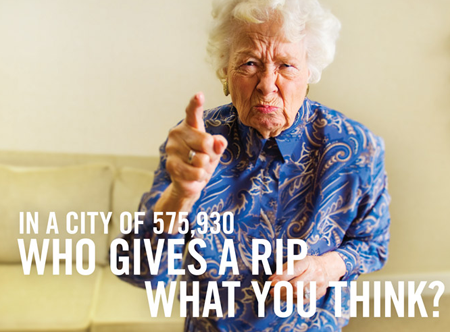 The Portland Plan will take a new approach to city planning by focusing our attention on the things that affect our daily lives, such as safety, neighborhood livability, quality education and affordable housing. Please take a moment to answer these questions. Your answers will help us prioritize our investments in our future.