Trixy and the Nasties is a Motown-infused Portland band with a little slice of funk. The seven members are comprised of a female lead vocalist backed by a six-piece horn and rhythm section that’s quickly building a loyal and devoted following of fans. This band is just looking to have a good time with music that is fun, danceable, and high energy. Trixy (Angelene Green) captivates the audience with a honeyed stage presence combined with assertive vocals she delivers with a fiery lack of restraint. With influences ranging from jazz and funk to rock and roll, the members have played in such bands as Wheels in the Sky, Motet, Intervision, Joey Porter Funk Tributes, Supraphonics, Adult Education, Heavy Brothers, Philly’s Phunkestra, Steely Dawn, Trio Subtonic, Dan Balmer, Superjazzers, Ben Darwish Quartet, and Echo Helstrom. The band members consist of Angelene Green a.k.a Trixy (vocals), Joshua Cliburn (alto/tenor saxophone), Marc Hutchinson (tenor/bari saxophone), Bruce Green (trombone), Randy Rollofson (drums), Bill Athens (bass), and Dave Lula (guitar).

Born and reared in New Orleans, the cradle of jazz, Devin Phillips’ intense affair with the saxophone began at the age of eight. At 14, he was accepted into the prestigious New Orleans Center for Creative Arts, whose alumni include Wynton and Branford Marsalis, Harry Connick, Jr. and Nicholas Payton. There, Devin trained in music theory and multi-styles composition, and he graduated in 2000 with top honors. Performing, touring and recording with top jazz artists, such as Wynton Marsalis, Eddie Palmieri, The Headhunters, the New Orleans Jazz Orchestra, musician Lenny Kravitz, and Los Hombres Caliente (with whom he recorded two award-winning albums) soon followed. His reputation as a sax man with intricate and rhythmically innovative sounds made him a popular feature at jazz festivals: France’s Jazz de Vien Festival; Tokyo’s JVC Jazz Festival; Itanbul’s The Ruins; Spain’s Barcelona Jazz Festival; the Netherlands’ North Sea Jazz and the New Orleans Jazz Festival.

In 2005, Phillips formed New Orleans Straight Ahead. But in August, Hurricane Katrina muted the music. With all gone, save his sax, and his family scattered throughout the U.S., Phillips evacuated to Portland and reformed New Orleans Straight Ahead with other musician evacuees. Since opening the 2006 Portland Jazz Festival, his signature sound has not only been featured on KMHD-FM jazz radio specials and Northwest festivals, but also in newspaper and magazine articles, as well as online articles. His debut album with New Orleans Straight Ahead “Devin Phillips: Wade in the Water” is now out and available on cdbaby.com. Featuring six originals, four standards and two traditional numbers, the CD, also offers a cool video of the title cut. Notes Tim Duroche of the awarding-winning newspaper Willamette Week, the album “showcases his suave dynamics of musicality, showmanship and swagger – as noted in the tradition of jazz’s cradle as it is caged in frenzied, jazz modernity.”

StruEendo Norteño Banda was founded in 2013. This is a group of 6 individuals with a mix of different musical instruments in the Mexican music genre. In July 2014 StruEendo is launching its 1st CD that goes by the title of “Nos Fuimos De Party” (We’re Going To Party). While maintaining the Mexican music genre, StruEendo has mixed different kinds of musical sounds to create something unique and original.

The Shanghai Woolies play “hot music,” 1920’s and 30’s jazz and pop of Chicago and New York City. The eight-piece ensemble, created by Pink Martini trumpeter Gavin Bondy, swims in the romance of Louis Armstrong, the mystery of Duke Ellington, the whimsy of Paul Whiteman, and the swing of Benny Goodman. They use a respectful, slightly unorthodox approach, inspired by the colorful liberation of the original. In the winter of ’99, Gavin began birthing a new band that would include some of his favorite musician/friends. Early on, they booked prestigious shows for the Washington Park Rose Garden Amphitheater and Cycle Oregon, and quickly became favorites at Portland night clubs and ballrooms. In 2004, the band released their debut CD, Jungle Nights, to an enthusiastic house at the Aladdin Theater in Portland, Oregon. When National Public Radio put the third track, “Concerto for Trumpet” (written by Harry James) on their Open Mic website, it received one of the very highest public ratings ever. The Woolies have continued to play an extremely wide variety of shows, with “….a new twist on the music of the flapper era: Jitterbug music, Big band, Swing. The raucous, slippery, foot-happy jazz you’d expect to hear at the legendary Cotton Club. … hard to resist …” -The Oregonian

Malcolm Noble’s “Cool Breeze” is a beloved fixture of the city’s R&B, soul and funk scene. Malcolm believes in community mentorship and always takes special care to create performance opportunities for various musicians within Cool Breeze, and give them the chance to shine on stage.
When Cool Breeze takes the stage, the shack starts shaking with people who can’t help but groove on the dance floor. This band is a favorite Saturday night feature at Portland’s famous “Clyde’s Prime Rib” and they draw huge crowds of devoted followers who dress to the nines and show up in style.
Malcolm feels compelled to create a non-profit organization for musical youth outreach and mentorship within the community with guidance he received in his youth. He has a mission to share his knowledge and experience to help support and mentor young minds that may need guidance from someone who knows what it will take. Malcolm produces and promotes others that are well on their way within the industry of entertainment in the quest of keeping music alive and creating positive opportunity within the community. 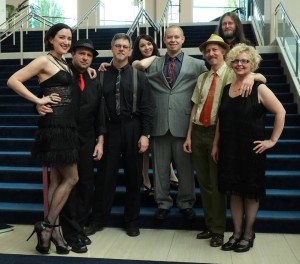 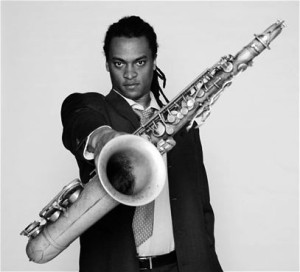 Trixy and the Nasties 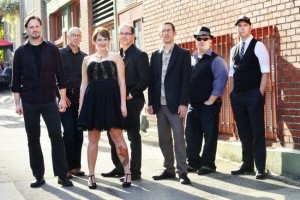 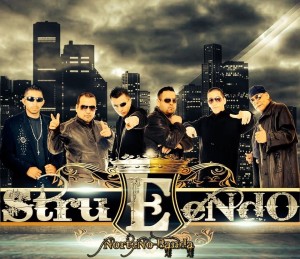 This year’s Fernhill Concert Series was made possible by the generous donations of neighborhood businesses and organizations. Thanks to our generous
Fernhill Concert Sponsors-
We couldn’t do it without them!

FOOD VENDORS
Invite you to enjoy Food & Drink at the concerts!

We would also like to extend a special thank you to everyone who supported our fundraising concert on June 5th at the Kennedy School:

REMEMBER TO SUPPORT THE PEOPLE WHO SUPPORT YOUR NEIGHBORHOOD!