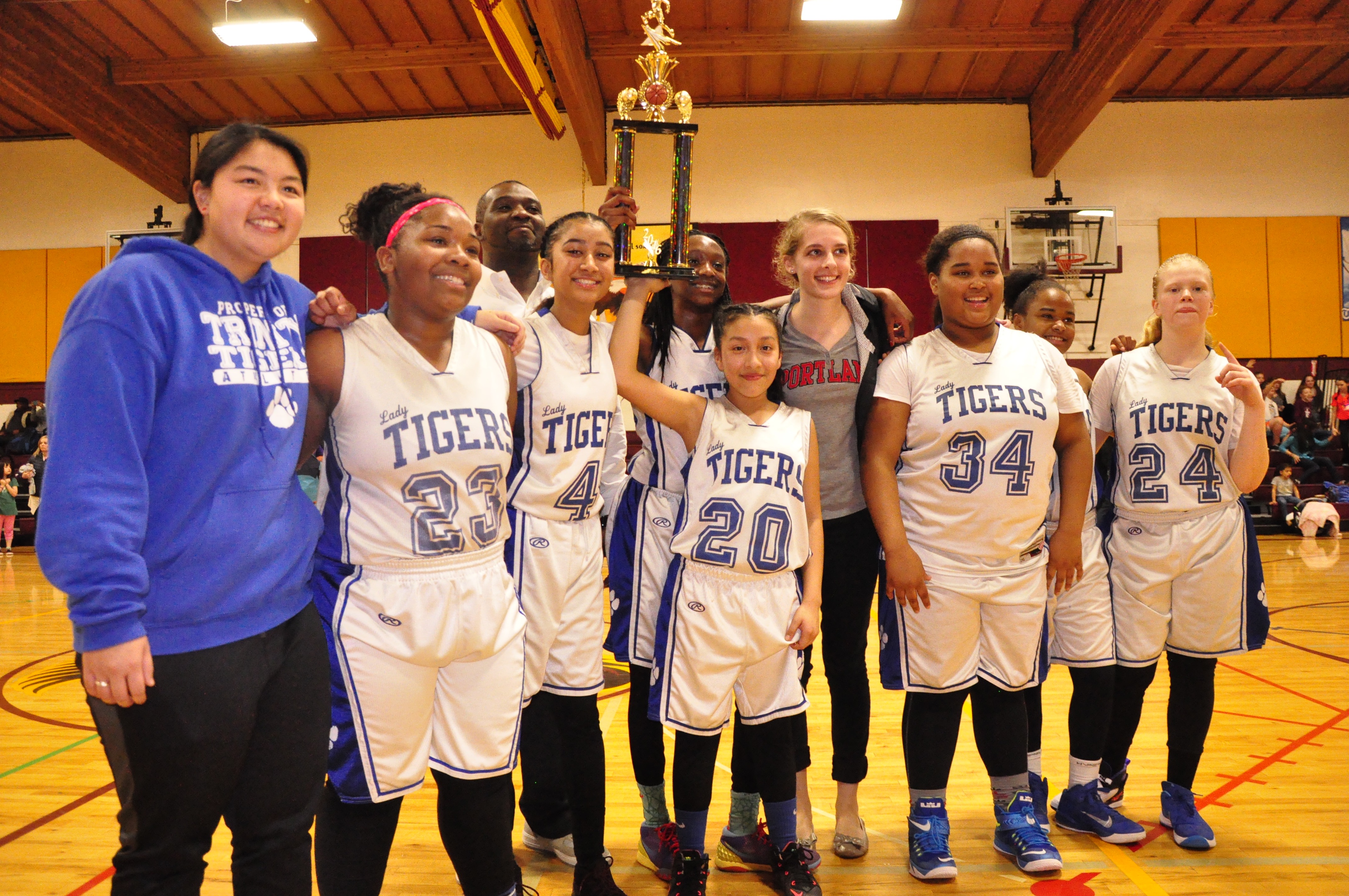 When the basketball season first started, the lady Trinity Tigers were ecstatic.  They dreamed of having an undefeated season.  When the season ended, the Tigers had not only obtained their goal, but they won two different tournament championships.  The first was the Lutheran Elementary School Tournament hosted by Concordia University since 1962, and the second was the Metro Christian League championship.

The Metro Christian League is a tough league and the Tigers had remained undefeated going into the playoffs.  The first game of playoffs was against Tualatin Valley Junior Academy and did not present much of a challenge for the girls.  The next game was against City Christian, whom the Tigers had played before in a very close and competitive game.  The lady Tigers had to mentally prepare for a tough game, knowing the Lions were coming to get them.  Coach Dylana McGill prepared her team by saying, “It’s not about who wants to win this game, both teams want the same thing.  The difference is who wants it more.”

The Tigers became resolute that they were the ones who wanted it more.  With a combination of winning the jump ball, scoring the first point, and utilizing their trap press gold defense, the team fiercely fought and kept the lead through the game.  At the end of the game the score was 55-34 in favor of the lady Tigers.

Two days later the Tigers were in the Metro League Championship game against the Life Christian Lions at the Damascus Christian gymnasium.  Both teams entered the game undefeated.  The Trinity girls had played all season with only seven players and became intimidated by the size and stature of the Life Christian team.  The Tigers knew they were going to have to dig deep if they were going to come out victorious.

At the end of a brutal first quarter, the score was tied at 9.  The Tigers were able to gain a lead by halftime and in the last half of the game, exploded with a run of points scored off of fast breaks and savvy Euro-steps by the Tiger offense.  The Lion defense could not seem to keep up.  By the end of the game, the Trinity Lutheran Tigers had secured their undefeated season with a 56-27 win over the Life Christian Lions, naming them the Metro Christian League Champions.  This is the second girl’s team in Trinity history that has gone undefeated. 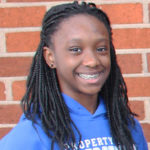 Raven Pearce is a 7th grader at Trinity Lutheran Christian School and a Tiger player.